The Festival Class allows marching bands to participate in the WSMA Marching Band Championships but not at the competitive level.

Adjudication and Awards: The Festival Class is adjudicated by three people (one music, one visual and one effect) using rubric forms that are similar in appearance to the forms used as part of Concert Festivals. Comments would be written and the award divisions would be comparable to the present WSMA award system (I-IV). Results are announced during an awards ceremony at 11:30 A.M. and participating bands receive awards comparable to those given as part of Concert Festivals. (Participation in the Festival Class does not fulfill the Concert requirement of WSMA member schools.)

Fees and Costs: The registration fee for the Festival Class is $150. This fee includes participation, adjudication and an awards plaque. There is one ticket for the day that includes the Festival and Championship classes. (Student participants are admitted at no charge.)

Rules: The Festival Class is governed by the same basic rules as the competitive class but penalties are not assessed. It is expected that bands will adhere to the time constraints listed in the WSMA Marching Band Handbook.

Pictures: Participating Bands in the Festival Class are encouraged to participate in the photo opportunities available on site through Jolesch Photography.

Implementation: The Festival Class was introduced as part of the 2007 WSMA State Marching Band show. 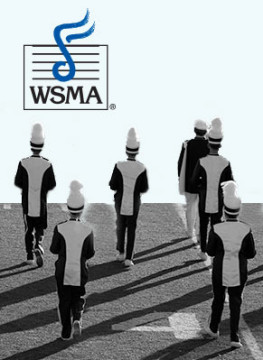 Balance and harmony are part of everyday teaching in the music classroom. However, all that instructional dedication at school can leave music educators feeling out of sync elsewhere. This issue presents ways to strike the ideal balance between personal and professional life as a music educator.

Special Web Resources
Have you checked out the quality videos and standards-based activities made especially for Wisconsin music classrooms?  Visit WisconsinPerforms.org…

WSMA is a registered 501(c)(3) non-profit organization.
Scroll Up